How to work as a team

Few days ago, it was a pleasure for me to participate as a speaker during the European Pharmacy Congress (INFARMA) organized by the Association of Pharmacists of Barcelona. During my speech I spoke about how to work as a team.

As I was able to observe during my speech, professionals in the pharmacy world are keen to increase their knowledge and resources to work better in a team and to be able to lead better, even though they do not normally belong to large organizations or work every day with large groups of people. Proof of this was the attendance of more than 400 people during the speech, their active participation during the final questions, as well as their personal comments after the conference ended.

During my speech I addressed the need for the leader or team member to become aware, while acquiring resources, about his or her contribution and co-responsibility in generating a high-performance team. 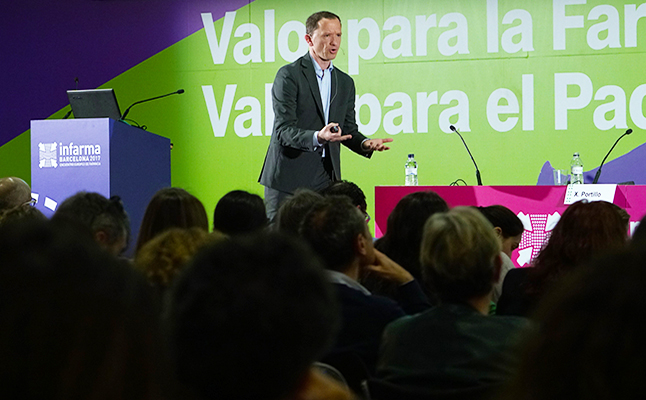 How to work as a team

Any professional working with other people (in practice the vast majority of workers) should consider the following three aspects:

1.- Know my preferences and my impact when working with others

A starting point is to know if my personal leadership comes more because of my technical capacity (knowing the product or service) or my personality (how to connect and communicate with others). We trust other people when we see in them clear indications of both aspects, but it is also true that we all have more tendency to one aspect or the other. Reflecting on this will allow us to begin to level them.

Knowing my energy when working with others it will be also key to adjust my contribution to the rest of the team members ones. Am I one of those who supports and accompanies (listening, developing, recognizing, giving Feedback …), or my predominant nature is to push (challenge, demand more, provoke …)? Again, the balance causes the most resonant impact on others.

When I have started (as it never ends) to explore my preferences in leading, or working with others, it will be imperative to focus on the other members of my team and also to know their preferences when they are adding value to the team.

Any team needs to have members who assume social roles, mental roles and action roles. Knowing them and integrating them in each phase of the team’s life will be a prerequisite for achieving a high performance of the team.

When this is not done, it is very common to see very static or unproductive teams due to the excess or lack of any of the required roles.

3.- Identify potential dysfunctions of the team and start minimizing them

Every team is dysfunctional when it is born. At least I do not know any team that since its inception is a high performing team. Moreover, over time, it is very likely that the team will remain dysfunctional in some aspects because the continuous change of environment requires a continuous exercise of adaptability.

Depending on the nature of the dysfunction (lack of trust, toxic communication, fear of conflict, lack of commitment …), team members should create mechanisms so as not to allow it to become larger and affect other aspects of the life of the team.

Thus, for example if the subject has to do with lack of trust, the team should create spaces for people to share their concerns and fears from honesty and vulnerability.

Or if what is happening to the team is that it is avoiding conflict and not tackling the thorny issues (with the belief that it is good to keep a nice harmony among its members), a good alliance must be created and thus commit to open the “Pandora box “from the respect and responsibility.

In any case it is worth “working hard to work better as a team”. For me this should be one of the team’s top priorities. For a group of people to become a high-performing team the focus cannot be solely on its goals. We need first to focus on the team itself.